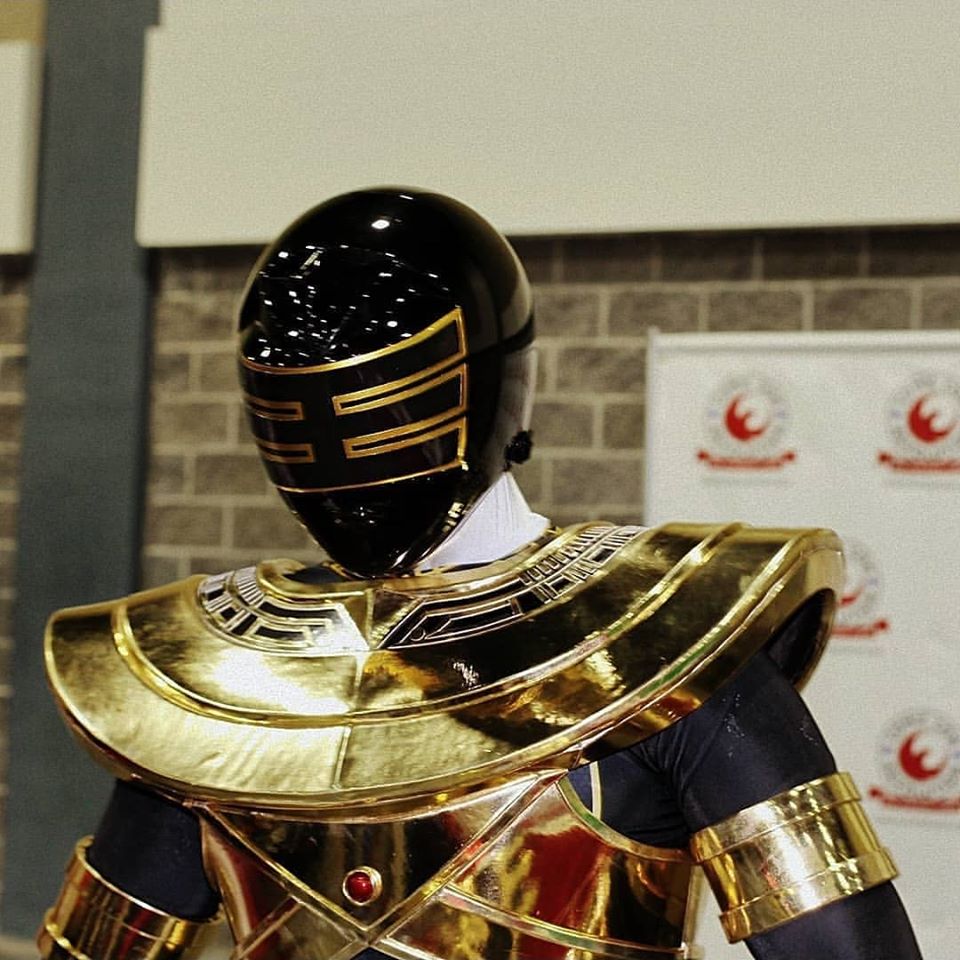 Power Rangers Zeo is an American television series and the fourth season of the Power Rangers franchise, based on the Super Sentai series Chōriki Sentai Ohranger. It is the continuation of Mighty Morphin Power Rangers, which aired in 1996.

There are so many reasons why Power Ranger’s fans loves Gold Zeo so much, beside Green Ranger from Mighty Morphin Power Ranger. First of all, it is combined color of gold and black, which is very good visual. Second, it is played by Austin St. John. Third, the character of Gold Zeo in the series itself is a strong character, his lead made his team strong.

We made so many custom Gold Zeo Power Ranger costume set, which include everything from head to toe, such like helmet, underhood, collar hero, embroidered bodysuit, gloves, cuffs or gauntlet, armbands, body armor, belt, buckle, knee pad, boots and boots cover. Every gold armor part is detailed with gold ornamental details. We carved the ornament detail one by one with hand, so the detail and quality assurance is good. We also made the Gold Zeo Staff and put it into kit. So the storage will be easy.

It is all customized, and we made it to various people, from tiny people to plus size people. We made it from high density type of foam, so it is sturdy yet flexible. The helmet itself is made from fiber, the glove is made from leather and the suit is made from 4-way stretch material which is very comfortable to wear. To see clearly how our clients wore the costume and have fun in convention event, you can check the video below. Also you can put the comment below for questions and such.