Ryusoul Ken, The Sword That Will “Chomps” You 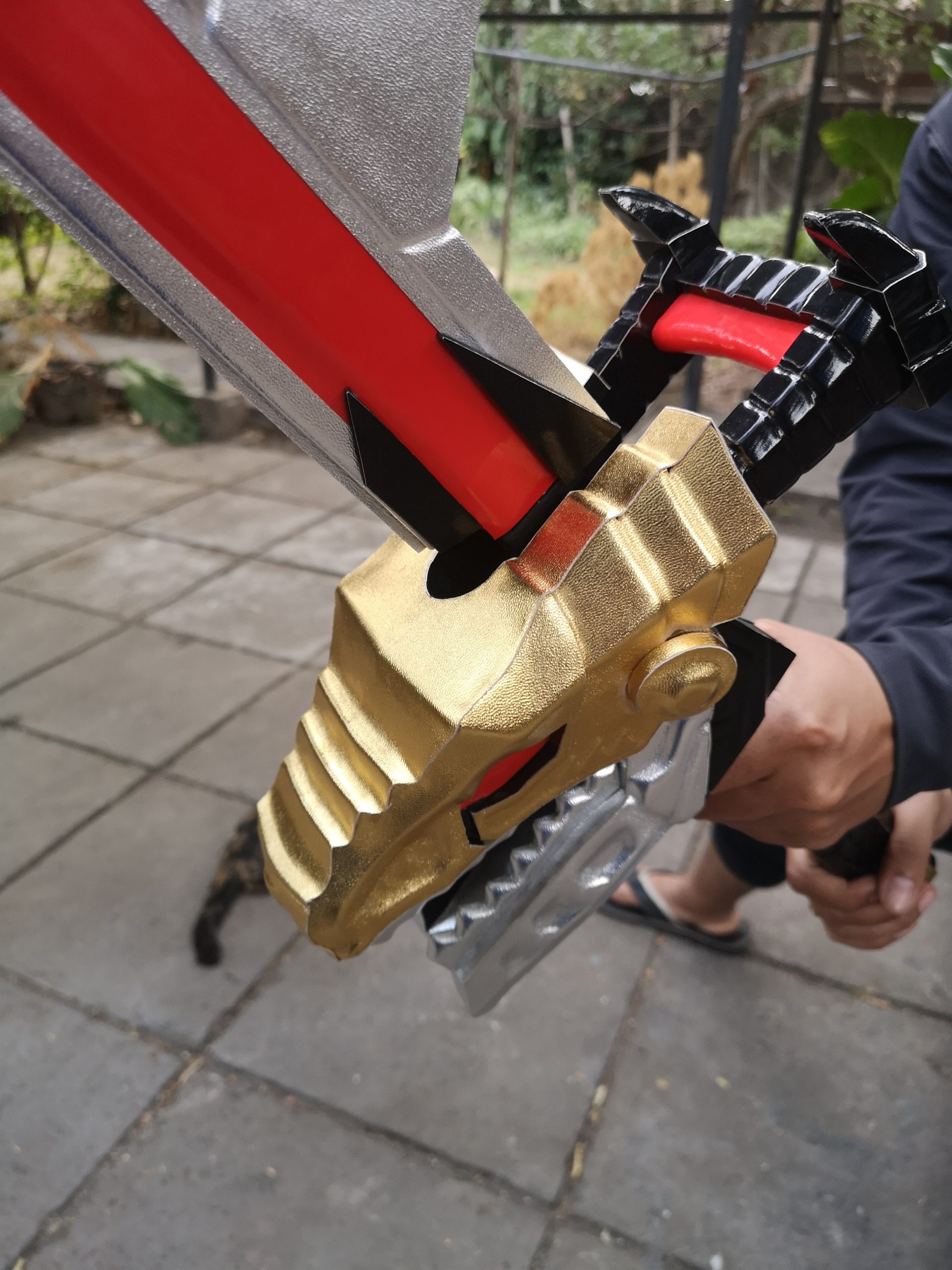 For those of you lovers of the power rangers TV series, you will definitely be familiar with the japan original series called Kishiryu Sentai Ryusoulger (Knight Dragon Squadron Ryusoulger). Ryusoulger is the 43rd season of Super Sentai. It has a knights and dinosaurs theme.

To save the day, the character can transform to rangers form with changer device. With the powerful sword called Ryusoul Ken, the Ryusoulger fight the Druidon Tribe to protect the earth.

The Ryusoulger Sword has a red, silver, black, and gold color. Therefore, this sentai still haven’t a Power Rangers adaptation yet. The function of Ryusoul Ken is to support Ryusoulger. Usually it can be used as a sword, otherwise, Ryusoul Ken users can access armor and powers based on the inserted RyuSoul by insert an auxiliary RyuSoul in the mouth, opened by the lever on the back. When using an auxiliary RyuSoul’s abilities in a mecha, the energy of the attack gets conducted by the mecha’s weapon.

To summon an armament or armor, a Ryusoulger inserts an auxiliary Soul or a KyoRyuSoul and “chomps” twice with the Ryusoul Ken to begin the process, then chomps an additional four times, then pulls the trigger to summon the armament/armor.

That’s about the Ryusol Ken sundries in the super sentai series. For those of you who need a power ranger cosplay props then you can get it on Jtoku. Jtoku serves various costume requests for various superheroes such as power ranger.