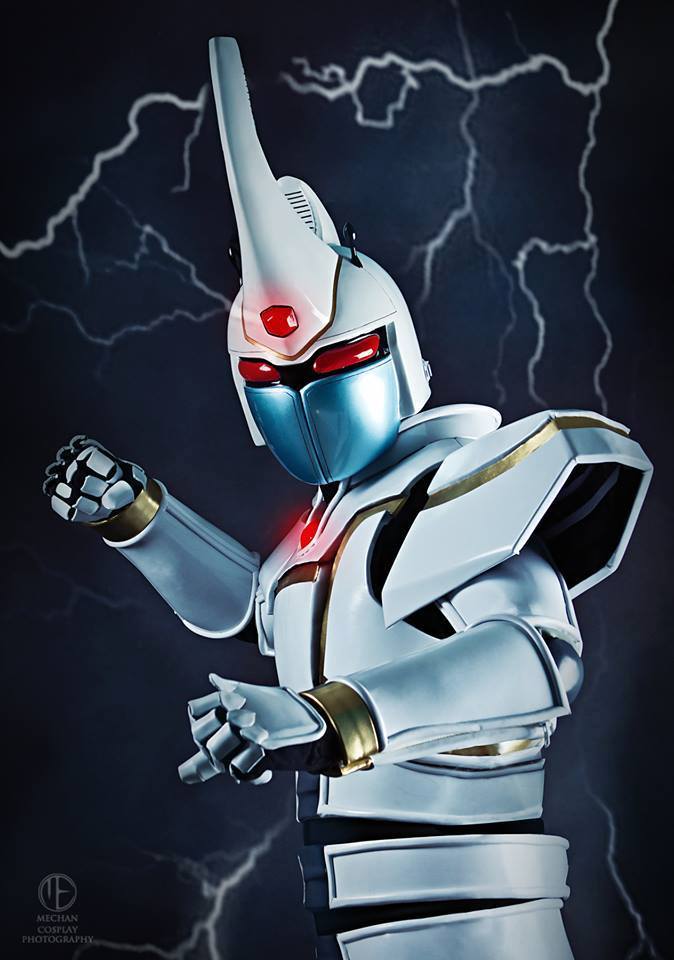 Who hasn’t know about Beetleborg? It is part of our great childhood.

We really so delighted when KevinTheDirector asked us to make The White Blaster Beetleborg. It came out so good that it seems it just came to life from TV series into real life.

It is made from high density foam. It is molded, formed, and wrapped by leather. We made it custom so it can fit KevinTheDirector measurement. The durability of the costume is good and if it stored properly it can lasts more than 10 years.

This character seems to have special place in everyone’s heart, moreover for people born in the year of 1980-1990. Beetleborgs is a good series and very entertaining. So when White Blaster wandering around in Comic Con, people will stop him to take selfie or picture together.

Who is KevinTheDirector anyway? He is a great cinematographer, especially in character shoots. He also a YouTuber with a lot of loyal subscribers waiting for him to release new videos about cosplay, costume, and so on. We are very delighted that we have the chance to do collaboration with him.

Now you can check the detail of the costume in close up video review below.

Do you have any favorite character that you want to bring it to life? Don’t hesitate to contact us. We will make your dream come true.